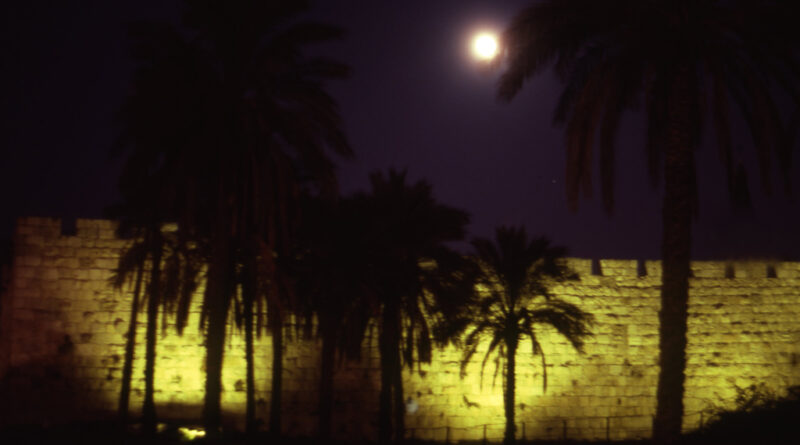 Joshua was always scrupulously obedient to the requirements of God which were given to Moses. So he proceeded to carry out the law in relation to the Cities of Refuge. We can read about this in Joshua chapter 20.

So we can see from these two readings that in the case of deliberate murder, the Law permitted the Avenger of Blood to exact punishment, essentially a life for a life. But to guard against a miscarriage of justice, Cities of Refuge were appointed where the accused could flee so that his case could be considered properly away from the emotions that death always brings. These Cities of Refuge were designed to provide Divine protection for the manslayer. But the Law did make a clear distinction between premeditated murder and unintentional manslaughter.

There were six cities of refuge. The actual distribution of the cities of refuge was based on the geography of the area. To be of any use, a city of refuge had to be accessible. For this reason, three were placed on either side of the river Jordan. There were good roads leading to each city, which provided the easy access for all of Israel.

The nature of flesh

To start our consideration of the Cities of Refuge we need to firstly consider the nature of flesh. Paul in Romans gives a very good description of the spiritual aspect of the flesh. We can read about this chapter 8 and verses 5 to 8.

So here Paul is talking about two principles operating in the believer’s life – these are the flesh and the spirit. He goes on to tell us that these two principles are at war with each other. But when Paul told us about this in the first century he wasn’t telling us about something new. For this war had been part of our existence since Adam and Eve. Under the law, all blood, even animal blood, had to be accounted for. So “the flesh” was to be always kept under observation, its activities were always to be monitored so that it would never gain the upper hand in its warfare against the Spirit. For example, if animals were killed for food, their blood was to be brought to the door of the tabernacle if it were close enough, or else it was to be poured out and covered with dust.

When a slaughtered animal’s blood was brought to the tabernacle, the priest would sprinkle the blood on the altar, this would demonstrate that death is the common lot of all creation, and it acknowledged the justice of God’s condemnation. So if this was the necessary with the blood of an animal, then how much more so for the blood of an human.

The blood of man

A man’s blood could be shed in two ways – on purpose or by accident. If someone was killed on purpose then it was murder. But what would be the action if someone was a murderer? Numbers chapter 35 and verse 19 gives us the answer.

So the revenger of blood would come after the murderer and kill him. The principle behind this was explained to Noah when he left the ark. We can read about this in Genesis chapter 9 and verses 5 and 6.

You will notice that towards the end of verse five there is the phrase “at the hand of every man’s brother”. Now this can be understood in two ways:

This is where the Cities of Refuge comes into play.

The cities of Refuge

To guard against a miscarriage of justice, Cities of Refuge were appointed where the accused could flee so that his case may be properly considered free from the emotionalism that death usually brings with it. The accused manslayer had to stand before the tribunal of the people. By doing this, two principles were achieved:

The defilement by blood

The provisions made for the innocent manslayer did have a spiritual significance. So for the remainder of this commentary we will find out what this significance is.

It is saying in verse 33 that blood will defile the land. Now when we think about defilement we probably think of ceremonial defilement under the law of Moses. For under the law of Moses it was a sign of sin having entered that thing which is defiled. Whenever blood was shed, the sin which had contributed to the man’s death, and was represented by his blood, was absorbed by the land which was defiled as a consequence. Whenever life was violently terminated, even accidentally, the law required that this be seen to show the way in which sin destroys. As a result some sort of recompense was needed. A killer put himself on the side of sin, by killing someone. For even if he had killed someone accidentially, he has still taken someone’s life which is strictly the prerogative of sin. He had put a man to death, which normally only sin can do. So his actions had made him “sin” even if only accidentally.

Now if we take this to the next step, we know that since sin brings death, it must be destroyed, therefore the killer who has also brought death must also be killed.
This is verified by verse 33 of Numbers chapter 35 when it says:

Now the use of the word “land” meant more than the physical surface of the earth – it also included the people. The defilement of sin, in the matter of taking life, was extended to the community. It was also the community that had the responsibility for its expiation (the act of atonement – amend for something done which was wrong). For example, if the death was through murder then Deuteronomy chapter 21 made it clear that the whole community would get involved. If a man was found slain and there was no clue as to who might be the killer, then the slain man’s blood would be expiated through the death of a heifer appointed for the purpose. This would be followed by the solemn renunciation of responsibility by the community which had dwelled nearest his body. So in the cases of taking of a life through murder the whole community was involved.

However if the taking of a life was by accident then the accidental manslayer could not, with justice, be put to death to expiate the blood of his victim. But there is a important principle that comes into play here. As the manslayer, fleed to one of the cities of refuge to be absolved from the responsibility of the “sin” of his actions, the same principle applies for those who seek refuge in Christ for identification with Christ absolves the sin.

The manslayer was to stay within the city of refuge until the death of the high priest. This concept indicates that the high priest represented all who sought refuge, and bore the iniquity of the spilled blood to his own grave. By doing this he released the manslayer from the burden of accountability. This is appropriate for two reasons:

Even more importantly, the high priest, as spiritual leader, represented purity and freedom from sin. One of his roles was to expiate innocently shed blood.

The names of the cities of Refuge

As mentioned at the start of this commentary there were six cities of refuge. Three were situated to the west of the Jordan River and three were situated to the east. The names of the six cities are significant and spell out the principles of salvation in Christ. They proclaim that the City of Refuge in other words, the Lord Jesus Christ will consecrate, sustain, unite in fellowship, protect, cheer and ultimately deliver all faithful believers.

Verse seven and eight of Joshua chapter twenty list out the six cities.

The first one listed is Kedesh in Galilee in mount Naphtali. Kedesh means to sanctify, set apart, consecrate and therefore to make holy.

Shechem in Mount Ephraim. The word Shechem means between the shoulders or burden bearer.

Kirjatharba, which is Hebron, in the mountain of Judah.
Kirjatharba signifies City of the Four which typically points to the Holy City of the Age to come. For this Holy City we are told lies foursquare. Hebron means Joining or fellowship. So through Christ, a believer is inducted into the Foursquare city of the future, and enjoying Fellowship with the Father and the Son.

Bezer in the wilderness upon the plain out of the tribe of Reuben. Bezer signifies a fortified place and reuben is an exclaimation: See a son! So protection is afforded those who clearly see and understand the relationship of the Father and Son in its bearing.

Ramoth in Gilead out of the tribe of Gad. The word Ramoth is derived from raam signifying to be high, raised up, exalted. Gilead is derived from the word signifying, The Heap of Witness and Gad is company. So the name of this city promises elevation with the company of witnesses to the truth.

Golan in Bashan out of the tribe of Manasseh.
Golan is said to be derived from Galah, to Remove, Deliver or Pass away. It could also be derived from gai signifying To rejoice. So it is rejoicing through deliverance.

The city of Refuge and the salvation of Christ

When we look at the rules involved with the cities of refuge we see that it is representative of the salvation of Christ.

Hebrews chapter 6 and verses 18 to 20 nicely summarise the spiritual side of the Cities of refuge.

Paul is saying in these verses that as believers and sinners we flee for the safety of the city of refuge. This city of refuge represents the Lord Jesus Christ. For it here that we lay hold upon the hope set before us. It is this hope that will be anchor for us. We are like a ship, which is tossed in the tempestuous sea of life, but as long as we are attached to the rope and anchor we will be drawn to safety.

As it says towards the end of verse 19, “he enters into that within the veil”. In the past Aaron entered within the veil to the Most Holy Place before the presence of God. No one followed him. In Jesus Christ, we have a priest who has entered into Heaven itself, and who as yet, has not come out. Whilst he is in there, he represents man in the presence of God, and will ultimately bring them into immortality which is the state represented by the Most Holy Place.
As it says in the last part of verse twenty, Jesus was made the high priest for ever. So when we have come under the protection of Jesus as the great High Priest we will have his protection for ever.

The surprising thing when we look through the scriptures is that we can find no actual example recorded of someone actually using the cities of refuge. Yet despite this we see the appointment of these Cities was an act of grace and mercy which foreshadowed those characteristics manifested by the Lord. Unfortunately, in the symbolic application of the Cities of Refuge, comparatively few take heed of the offer of grace in Christ Jesus, and so are destroyed by the Avenger of blood, sin in the flesh.

Let each one of us commit ourselves to dwelling in the city of Refuge. For it is only here that we will live in safety both now and in the future. 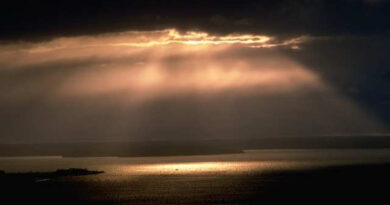 Controlling ourselves to avoid 7 things that God hates 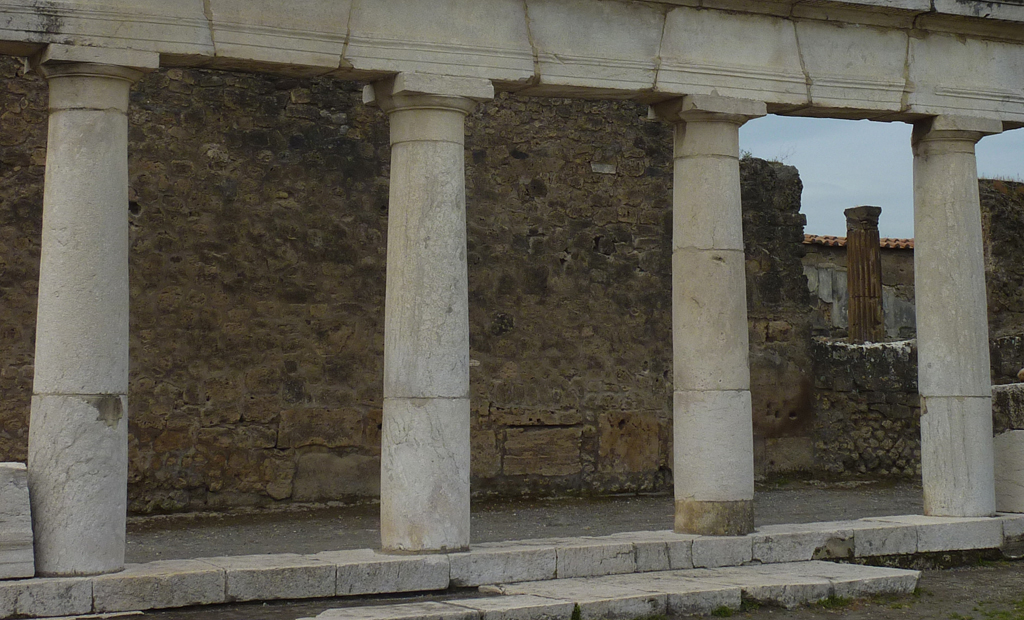 Living a wise life with the 7 pillars of wisdom